Sabbatical with Question Marks and Wodwo 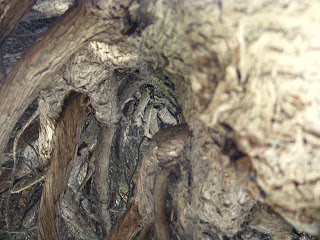 I am back from my sabbatical term, which I liked so much that it is rather difficult to get back on the teaching track. Not that this was an ideal sabbatical, because being a member and a chair of a variety of committees at my university, I could not leave behind all the duties I have, and these distracted me from pure research and writing to some extant. Nevertheless, even with this limitation I just loved to be free from teaching responsibilities to be able to read and learn. Also I wrote as much as I could, for the record and for my bosses who may read this post, I finalized a volume of essays on Tudor cultural issues, an article on a fascinating early modern book, started another one on the decorated initials in the early prints of Hamlet and some blog posts on the critical assessment of digital textabases of Shakespeare.  Also I could attend some conferences in , in , in  and at our university, and these conferences occasioned meeting good scholarly friends, and making some new friends from the , through the to the . The climax of the sabbatical was the month I could spend at the Nanovic Institute, University of Notre Dame, a place ideal for the scholarly hermit.

Even though I had such ideal circumstances I did not achieve everything I intended. Before the sabbatical I prepared for a really beneficial leave during which I intended to complete, or at least draft a monograph on the 21st-century digital reception of Shakespeare. First and foremost I read and considered when preparing for the term whatever has been written about a sabbatical at ProfHacker. I also made plans, e.g. how many words are to be written every day so as to achieve the desired objective. And actually I think I could keep to that and yet not even the first draft of the volume has been completed. So in a word, planning was not enough. Throughout the leave I wrote for immediate requests, for coming conferences, did editing, because these were obligations I could not postpone. Although all or most of these activities formed steps towards the writing of the volume, reconsiderations of the general topic from a variety of angles, for a variety of purposes and audiences and all these did good to the future volume but were and are not identical with the generation of pages for the book itself. This is so even if the pages written in English and Hungarian will all be part of the book in the long run. Thus, from the perspective of the ultimate aim of the sabbatical, it turned out to be something less successful.

Beyond the successful and the disappointing tangible outcomes of the sabbatical leave there was a more complex result as well, which can hardly be placed on the measurable hierarchical scale. This complex outcome was the result of having the time and opportunity to step back from the hurly-burly of the works and days of everyday life. This step occasioned thoughts to surface, thoughts that were always lingering at the back of my mind. These thoughts have been formed in the Wodwoian manner: “What am I?” or “What am I doing here..?”, which questions boil down to the general problem with English Studies, or to doing research in my particular field, i.e. Renaissance English Studies. Most of the time I write and publish in English, most of the time I read papers at conferences in English. So I can hardly reach out to Hungarian people who do not take the trouble to read in English (and why would they?). Research in this field as far as my experiences with funding are concerned is not encouraged because of limitations in financial resources—whether it is an individual grant or one for a team the result was the same in the last five years. I or we received top grades, 90-100% in project evaluations, and finally our project was turned down, and others focusing on Hungarian literature won. This is all understandable, because ultimately we are in , there are poor financial resources, and taxpayers’ money should end up in projects that are relevant for more people in .

“What am I, then?” OK, my research is not marketable in , but then the Anglo-American world should be fine. And it is so, but it is precisely the sabbatical, and the trip to the University of Notre Dame, that taught me that it is very difficult to play on the same field as my American or British colleagues. Not that they (you) are not kind and friendly enough, far from it, but rather that because of the limited access to sources—primary and secondary as well—sometimes I felt that the paradigms we were caught up in are not necessarily identical. More precisely what is natural to them (to you), and seems to be part of the everyday discourse on Renaissance or early Early Modern phenomena sounds far from natural to me. And this is so even though I use twitter and I read blogs and search for books that they (you) published recently. What is the most tragic about this is that this gap becomes only visible when there is time to read, reflect and meet people (you) in person. When functioning as a screw in the large machine of the Hungarian higher education I don’t even notice this distance. 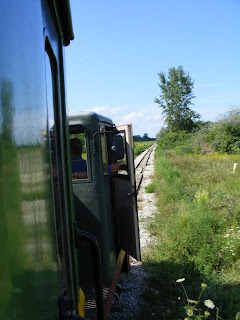 The next Wodwoian question is “what am I [to do], then?” A likely response may be that my next move could be the comfortable turn of the screw, i.e. accepting that the fact of life is some sort of isolation until the next sabbatical. Or the other solution is this: I try to do my best to obtain grants for a month visit to places either in the , or in the where I can efficiently work. One month must be sufficient for writing up an article that might be published, if I go to the target place well-versed in the topic with some background research and a 0.2 version of the paper. At least this seems to have worked during my visit to the University of Notre Dame. [And another fruit of this last visit to ND was that my family could survive without me nicely enough. First and foremost because my children are getting more and more mature (between 10 and 18), so they do not miss me so much—and there is skype and google talk to keep in touch. And my wife is just hyper-understanding—how lucky I am!] So, "I’ll go on looking…."