Yesterday (24 Oct.) I attended a brilliant one-day conference about Modern Platforms for the Publication of Journals. Before all the important ideas I came across there sink into oblivion, let me jot them down. I am doing this in the hope that I may use these ideas later on, and that you will find them beneficial, too. As memories fade into darkness soon, and I had no pen or pencil with me yesterday, I used twitter for sharing and keeping the best ideas, and I will use my tweets as helping hands in the act of recollection.

First and foremost the conference focused on the journals managed by the publishing house of the Hungarian Academy of Sciences, which publishing house is owned by Kluwer. Now, Kluwer is a profit oriented Dutch enterprise, so let me share with you my dissatisfaction with the fact that the Hungarian Academy of Sciences as a publisher does not have financial and scientific freedom but is dependent on a private organization. Anyways, this is what life is, let us move on towards more productive ideas. Or no, let me play on a bitter note, the presentation was about what value a publisher adds to the process of publishing, and I am quite convinced that the work flow presented is needed and is necessary. On the other hand, however, during the QA session the answer to the question about payment for the authors and peer reviewers was just shocking: 1-3-month access to the journal free of charge. Please! 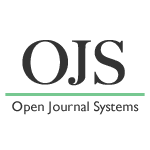 The conference implicitly and the speakers explicitly were meditating about the Open Journal Systems (OJS from now on), which is an open access and open source platform for the management of submissions to and publication of a journal. The wikipedia article on OJS is rather informative. All the speakers agreed on its usefulness from different angles. Some speakers shared their experience as far as impressions were concerned: both authors and reviewers found OJS as something that added value and significance to the journal, maybe the journal itself seemed more professional. Others mentioned that the management of submissions is awesome, it is very difficult to make mistakes, submissions do not disappear, every step of the editorial process can be tracked. Another speaker (Andrea Horváth) claimed that since they had started using the OJS the number of submissions doubled, tripled. The downside of OJS is the learning curve, which is steep and occasionally the editors needed some help when facing the then seemingly irresolvable problems.

Another advantage of OJS is its flexibility and compatibility with other applications, services. It is rather beneficial that OJS can seamlessly work with DOI (Erika Bilicsi). A Digital Object Identifier (aka DOI) is necessary for the sake of relating each paper of the journal to an, say, ID card, i.e. in the cyberspace with a DOI that will provide an “everlasting” identity to the digital object. Metadata, such as a URL, are linked to the object, and while the metadata may change, though should be updated, the DOI does not. For more details visit the DOI webpage and the relevant Wikipedia article.

Another speaker (László Peregovits) argued that an ORCID is very important, too, and it works nicely with OJS, too. If the DOI is used to identify a digital object, such as a journal article, the ORCID is the identifier of the researcher, author. The ORCID can be used when submitting an article, is useful to link academic activity to a researcher. This helps visibility for the author and visibility for the products of research like research articles. If you are interested in more details about ORCID check out the ORCID Wikipedia entry. Furthermore the same speaker claimed that they only allow authors with an ORCID to submit manuscripts. The creation of an account at orcid.org, and thus obtaining an ORCID is not a big issue, it took me 2 minutes, surely adding publications etc. is the more laborious part. This seems to be a worthy project, so I’ll sooner or later provide my data there as well.

During the conference I also found that the people at HAS Library are really nice and helpful. This is rather reassuring on two accounts. First, because I am a member of the editorial board of a new journal, which is run on OJS. I can tell that the learning curve is steep and one needs help occasionally. Secondly, because if I happen to try to convince PPCU to use this fantastic platform for our digital journals, then it is good to know that there are helpful people out there who can and are willing to help.

All in all, the conference was absolutely inspiring. I learned a lot including the significance of DOI, ORCID, OJS and some trends in terms of journals, platforms and publication. I hope I may make use of this knowledge in the near future especially in ways that foster Open Access publications, after all this is Open Access Week.
Posted by Zsolt Almási at 09:24 No comments:

This post is dedicated to the János Arany jubilee year in Hungary and to Europeana. The two topics will be linked insomuch as I will explore what an interested reader may find in Europeana about / from János Arany and what (s)he can do with the findings.

The jubilee year (200th anniversary of his birth) celebrates János Arany as one of the greatest Hungarian poets, scholars, translators in the 19th Century. Arany’s poetry is taught in schools, is recited in theatres, is published again and again in popular and scholarly publications. He is also celebrated as a fantastic translator, who rendered from Greek drama to Shakespeare a great variety of authors into Hungarian. As far as translations are concerned he was not only a awe-inspiring master of the Hungarian language but also did much for the translation of the entire Shakespearean dramatic oeuvre into Hungarian as the president of the Hungarian Shakespeare Committee. The Committee was brought into being as a working committee of the Kisfaludy Society and was responsible for the publication of the first complete Shakespeare (1864-1878). Arany himself translated the Midsummer Night’s Dream, King John and Hamlet for the project, which translations became iconic, sacred translations of these plays and remained so until the end of the 20th century. A more detailed article on Arany can be found in Wikipedia.

Now, what can be found about Arany in Europeana? When searching for the name “János Arany” the user is given 856 hits, most of which are relevant and a few to be eliminated, as they are about contemporaries and other topics, people, objects. Then I used the awesome filtering option of the portal (gateway) to narrow down the search for images and the machine found 435 image files. I have checked them first by 12 images per page. I could find this way interesting portraits about him from a variety of ages and purposes. Some of them represent him as seated in Hungarian traditional garments or just suits with his unmistakeable large moustache, some of them show him as a middle-aged gentleman, some as an old man. Most of the images cannot be included in this post (unfortunately mostly Hungarian), as their copyright statement claimed that permission is to be requested from the institution owning the object.

Maybe I am too lazy, or maybe I represent the majority of users, I did not have the time and energy to request the permission so for the sake of remaining on the safe side I will not include them in this post. The only image that I have found useable from the Hungarian collections can be seen here: “Statue of János Arany in front of the Hungarian National Museum”. The significance of this photo is that it fosters Arany’s iconic status as the statute is located in front of one of the most important Hungarian sites of memory.

Then I checked images located originally in European countries outside Hungary. Having found digital objects in the UK (Bodleian Library) and in Germany and Spain (this latter is on the left), I would like to mention only the ones from Romania. These images are of objects in Arany’s memorial museum located in Szalonta, Romania. These images can be freely used (OK, NC-ND licence) so you can find some of them here as well. I am not quite sure that Arany actually used these items, whether he sat in this very chair, and if yes, when in his life, whether he used the inkwell below.


Though I am not quite sure about the intimate relationship between Arany and the objects, I am rather positive that these and the rest of the items in Europeana are worth calling attention to. And also that Arany himself is worth remembering as an outstanding poet, a scholar and translator not only in Hungary but in Europe as well. He was a man of great talents and used these talents to culturally integrate and link Hungary to Europe, Europe to Hungary. Both the jubilee year and Europeana remind us of the great cultural heroes in Europe, and present models to follow. Happy Birthday, János Arany!
Posted by Zsolt Almási at 09:15 No comments: